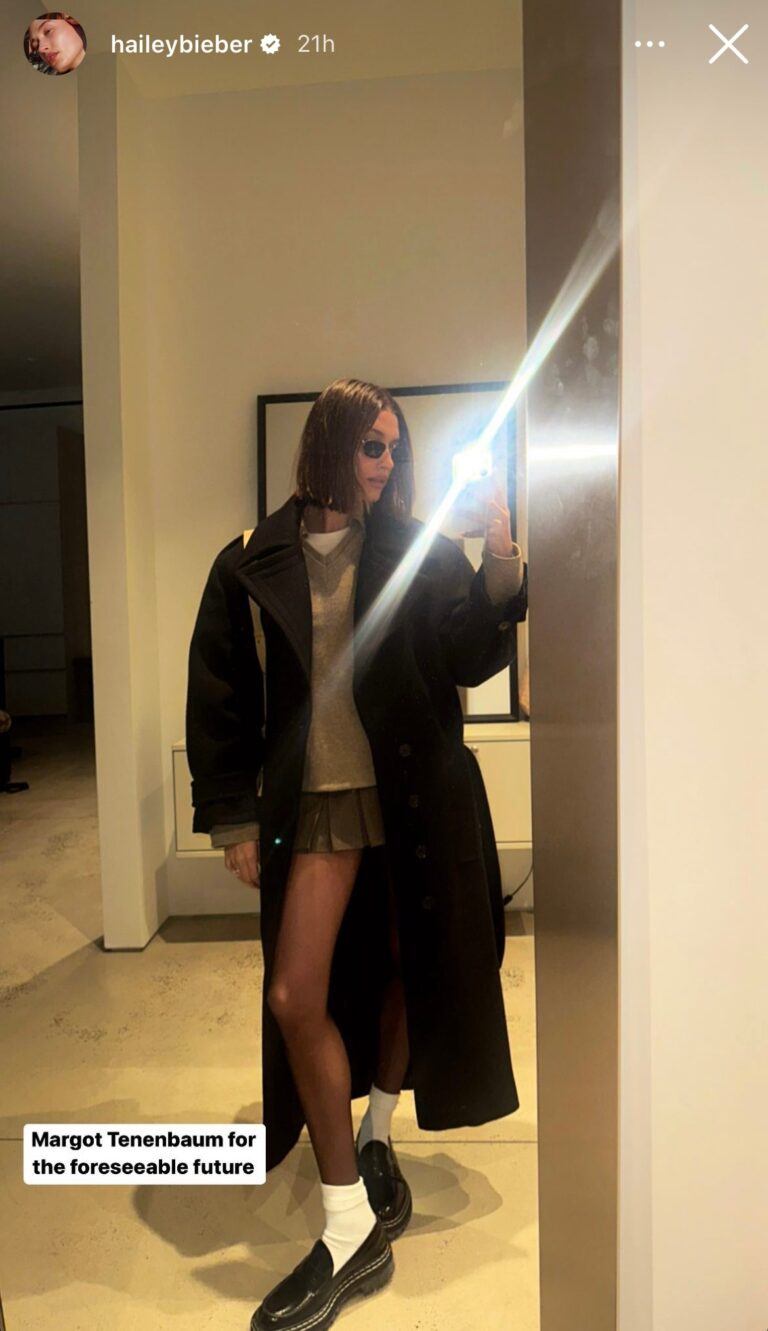 Hailey Bieber Just Got a Bob, So Prepare for Everyone You Know to Get a Bob — See Photo

Surprisingly, TikTok wasn’t the first to see Hailey Bieber‘s new just-shy-of-the-jawline chop. Her reveal of the new look started off on January 22 with what we assumed to be a regular old outfit-of-the-day video on Instagram Stories; her caption simply read “oops,” as the camera shifted to a close-up view of Bieber’s newly shortened hair. She then strolled around New York City later that day with her bob haircut flowing in the Manhattan wind.

Much like we have found endless inspiration in Bieber — like with the epic glazed donut manicure craze of 2022 — she took inspiration from Margot Tenenbaum for this look, as Biber revealed via Instagram Stories. She posted a mirror selfie with the caption, “Margot Tenenbaum for the foreseeable future,” referencing Wes Anderson’s 2001 character portrayed by Gwyneth Paltrow in the film The Royal Tenenbaums.

The model’s haircut didn’t initiate a change in her signature street style, though. While roaming New York City, she dressed in a pleated miniskirt, a collared v-neck sweater à la Chandler Bing, and a black over-sized trench coat with hard-to-miss statement sleeves pairing marvelously with her angular chop. A classic Hailey look.