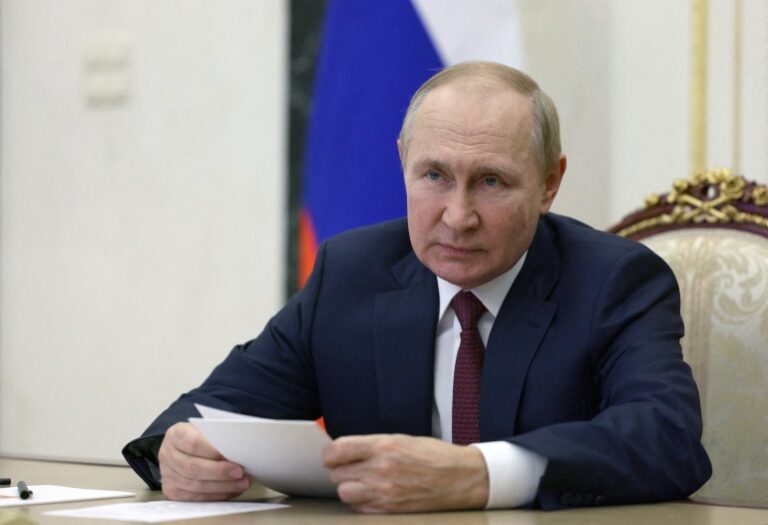 Kyiv, Ukraine – “None of the people I know took part in the vote, and no one wants to find themselves in Russia.”

That’s what Maksim, who has just fled the southern Ukrainian region of Zaporizhia, two-thirds of which have been occupied by Russia, told Al Jazeera about the “independence referendums” held between September 23 and 27.

Following the hastily-organised “voting” in Zaporizhia, neighbouring Kherson and the separatist-held parts of Donetsk and Luhansk, Russian President Vladimir Putin recognised their independence early on Friday.

He signed accession treaties with Moscow-installed leaders of the four regions hours later in the Kremlin in a lavish ceremony, which is being followed by a pop concert.

The mostly Russian-speaking regions that were heavily industrialised in the Soviet era comprise a fifth of Ukraine’s territory and contributed a quarter of its gross domestic product (GDP) before the war, according to Vadim Karasev, a Kyiv-based political analyst.

The regions are also of paramount strategic importance because they safeguard a “land bridge” to the Crimean Peninsula Moscow annexed in 2014, cover Ukraine’s part of the Sea of Azov and partially block Kyiv’s access to the Black Sea, he said, adding the Kremlin will not stop at this.

Ukraine controls a third of Zaporizhia and two-fifths of Donetsk, but the annexation makes them “part” of Russia too.

“I don’t think the annexation will be over with this, military action will go on, [although] Ukraine will do its best to defend its territory,” Karasev told Al Jazeera.

The annexation will also let Putin justify the use of nuclear weapons, a top military analyst says.

“If a territory is dubbed ‘Russian’ and a war is waged there, then [the Kremlin] can go all the way, use the weapons of mass destruction, including nuclear ones,” Lt Gen Ihor Romanenko, former deputy chief of Ukraine’s General Staff of the Armed Forces, told Al Jazeera.

He said Putin made up his mind about the referendums and annexation after disappointing talks with the leaders of China, Turkey and several ex-Soviet states.

They met in mid-September in the Uzbek city of Samarkand for a summit of the Shanghai Cooperation Organization (SCO), a security bloc that is increasingly dominated by Beijing.

Putin came back “very offended, annoyed, and he understands that this is his last chance”, Romanenko said.

The annexation is also aimed at convincing average Russians that the war will no longer not be waged on a sovereign state’s territory.

“The domestic legitimacy of Putin’s actions is strongly boosted, although not to the Crimean levels,” said Nikolay Mitrokhin, a Russia researcher at Germany’s Bremen University.

“Now they see what the fight is for – for new territories. An average Russian understands that,” he told Al Jazeera.

Earlier this month, Ukrainian forces liberated most of the northeastern region of Kharkiv and began pressing on Russia-occupied parts of Luhansk and Donetsk.

Ukrainian forces encircled Russian troops in the Donetsk city of Lyman in what could become one of Moscow’s most devastating defeats during the war.

No one but Russia considers the referendums and annexation legitimate.

“This is an apotheosis of violation of all international laws,” Kyiv-based analyst Aleksey Kushch told Al Jazeera.

But Moscow’s plans encouraged and emboldened pro-Russian separatists – even the ones who criticised Moscow for not doing enough to win the war.

“Thank God! And then there’s little to do – win the war!” Igor Strelkov, a former “defence minister” of Donetsk, wrote on Telegram on Thursday. “But that depends not just on the Kremlin, but on all of us. And we will try!”

“Yet another attempt to annex Ukrainian territories will only mean that there is nothing to talk about with this president of Russia,” Ukrainian President Volodymyr Zelenskyy said on Tuesday.

“The annexation is a step that pits him against all of humankind,” he said.

While organising and holding the “referendums”, Russia could barely create a veneer of legitimacy.

Moscow claimed that 93 percent of voters in Zaporizhia said “yes” to “returning to Russia”, and similar figures were reported for the other three regions.

But only 0.5 percent of Zaporizhia’s population actually voted, according to Ivan Fyodorov, the mayor of the occupied city of Melitopol, citing information he collected from residents.

‘Their votes were stolen’

None of his neighbours opened their doors when “election officials” knocked on them several times a day, he said, describing the “voting” in his hometown of Berdyansk.

“But their votes were stolen, and the ‘officials’ simply filled wads of blank ‘ballots’,” he said.

Maksim managed to reach a Ukraine-controlled area on Wednesday night but did not want his last name or personal details mentioned because his parents and other relatives are still in Berdyansk.

The “referendum” imperilled his life.

He fled because of a rumoured Russian plan to forcibly draft men from Zaporizhia, the way separatists in Donetsk and Luhansk have rounded up nearly all fighting-age men herding them to the front line.

Men trying to leave Zaporizhia for European Union member states via annexed Crimea – and all the way to the Estonian or Latvian borders – are detained and interrogated for hours, he said.

They are reportedly forced to strip naked to reveal pro-Ukrainian tattoos or bruises caused by shooting a firearm – an old tactic used on thousands of men forcibly taken to Russia since the war began in February.

“If they find the tattoos or bruises, the men disappear,” Maksim said.