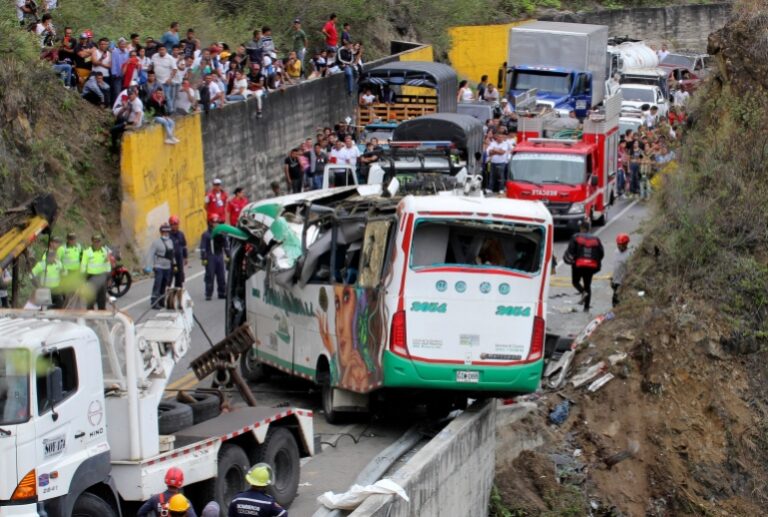 Investigators said they are looking at possible mechanical failures in the brake system as a cause for the crash.

At least 20 people died and 15 others were injured when a bus overturned on the Pan-American Highway in southwestern Colombia.

The bus was travelling between the port city of Tumaco, in the southwestern corner of Colombia, and Cali, 320km (200 miles) to the northeast, when the incident occurred on Saturday.

“Unfortunately, we have a toll of 20 people dead,” said Captain Albertland Agudelo of the Narino department traffic police.

Among the injured were a three-year-old girl and an eight-year-old boy.

Investigators are looking at possible “mechanical failures in the brake system”, Colonel Oscar Lamprea, director of traffic and transportation in the area, said in a message to reporters.

A preliminary report said the driver lost control after coming out of a curve in a foggy area. It took rescue workers from the police and fire departments nine hours to set the vehicle upright, evacuate the injured and recover the dead.