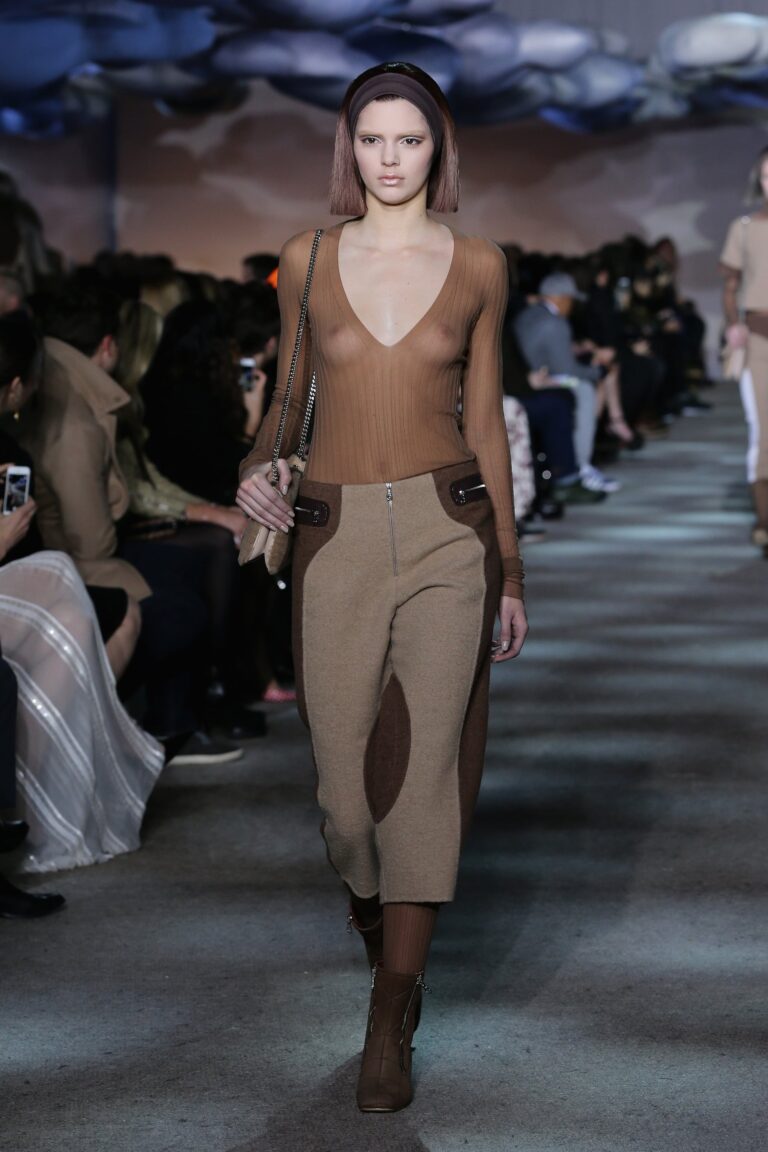 Kendall Jenner knows she’s come a long way. The model recently reflected on the early beginnings of her career in the newest installment of the Vogue Life in Looks series released on Sept. 22. Jenner namely spent some time discussing her runway debut eight years ago during the Marc Jacobs fall 2014 show. Though she remembers having “little nerves” that day, Jenner joked that she was “really stiff” in hindsight.

“This was my first high-fashion show, and it was for Marc Jacobs,” Jenner said when presented with a photo of herself walking the runway in a sheer, brown long-sleeved top; matching wool pants; and a blunt bob wig. Jenner had previously modeled for smaller brands and charity shows the year before, but this appearance signified her formal entry into the world of professional modeling. “I actually could not believe that I was there.”

“I’ve learned a lot since then.”

Jenner said she was comforted by the fact that her heels weren’t too tall, and she had also practiced at her agency prior to the show. “I was pretty chill, even though my boobies were out,” she said. “I remember going into my agency and getting a walking lesson ’cause I didn’t necessarily know what I was doing. I think I took tips too seriously and ended up being really stiff when I got on the runway. I’ve learned a lot since then. She’s just a little girl here. I love to see it.”

As for her revealing top, Jenner wasn’t too concerned. “I had just turned 18. I remember getting a call from my agent saying that Marc and Katie [Grand] wanted to put me in this sheer top, and I was like, ‘I’m game. I don’t mind. I’m all good with the nipple,'” she said. “It didn’t make me any more nervous. I genuinely was just like, ‘Dope. Whatever they want. It’s their vision, so let’s do it.’ I was completely comfortable.”

Jenner has appeared on the runway less frequently in recent years. In fact, she received some criticism in 2018 for sharing her “selective” approach to runway bookings to prioritize her well-being. The comment upset many fellow models who pointed out the privilege in being able to turn down job opportunities. Jenner later claimed her quotes were taken out of context and reiterated her respect for her peers.

Watch Jenner discuss her debut, as well as her Met Gala memories and magazine covers, in the video above.