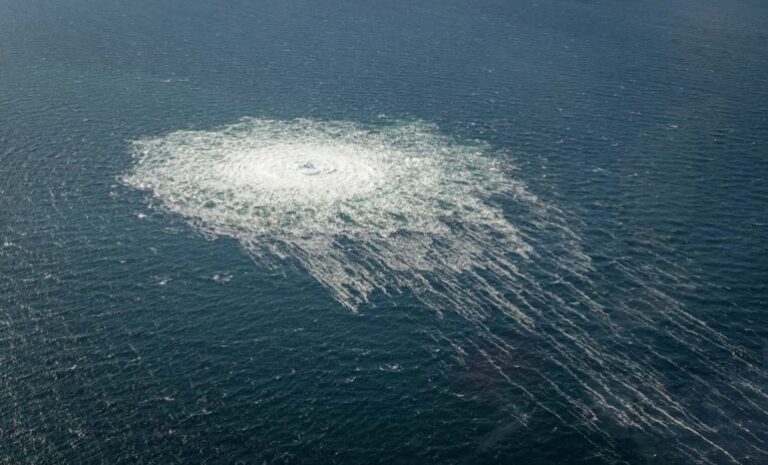 Russia’s foreign ministry has said that leaks on the Nord Stream pipelines were in a zone controlled by US intelligence services, the RIA Novosti news agency reported on Thursday, as a fourth leak was reported.

In recent days, European Union member states have been investigating sudden and unexplained leaks in the gas pipelines under the Baltic Sea.

The pipelines link Russia to Germany and have been at the centre of geopolitical tensions as Moscow cut gas supplies to Europe in suspected retaliation against Western sanctions following the Ukraine invasion.

Washington has rejected previous insinuations from Moscow that it was behind the leaks, calling them “ridiculous”.

Russia has said suggestions from European officials that Moscow sabotaged the pipelines were predictably “stupid”.

The official added that the two leaks on the Swedish side are “close to each other”.

The Swedish Coast Guard did not say why the latest leak appeared days after the initial breaches.

Media reported that the latest leak was detected at the Nord Stream 2 pipeline, but the coast guard did not confirm this.

The vast leaks cause significant bubbling at the surface of the sea several hundred metres wide, making it impossible to immediately inspect the structures.

While the pipelines, operated by a consortium majority owned by Russian gas giant Gazprom, are not currently in operation, they both still contain gas.

One of the Western narratives is that Russians are pathological masochists. Their favourite pastimes are to shell themselves at the #ZNPP, to blow their own #pipelines in the Baltic Sea etc. Ridiculous? Yes. Stupid? Yes. But a part of the Western public buy it enthusiastically.

Russia’s FSB security service is investigating the damage to the pipelines as “international terrorism”, the Interfax news agency cited the general prosecutor’s office as saying.

Speaking on Wednesday, Swedish Prime Minister Magdalena Andersson said it would have taken a large explosive device to cause the damage.

The United Nations Security Council will meet on Friday to discuss the incident.