Lauren Smith-Fields’ Death And The Botched Investigation That Followed

In December 2021, 23-year-old Lauren Smith-Fields was found dead in her Bridgeport, Connecticut apartment after a date with a man she’d just met on Bumble — and her family says the police botched the investigation.

On December 11, 2021, a young Black woman named Lauren Smith-Fields went on a date with Matthew LaFountain, a man she’d met on the dating app Bumble. The two spent the evening drinking and playing games at Smith-Fields’ apartment in Bridgeport, Connecticut — but when LaFountain woke up the next morning, Smith-Fields was dead.

He called the police, who arrived on the scene and immediately cleared him of any wrongdoing. They didn’t thoroughly search the apartment, and although they found Smith-Fields’ ID card and passport, they didn’t notify her family that she had died.

The following day, Smith-Fields’ mother, Shantell Fields, stopped by her daughter’s apartment after becoming worried that she hadn’t heard from her in two days. She only found out that her child was dead when Smith-Fields’ landlord informed her.

Since Smith-Fields’ death, her family has been protesting against the Bridgeport Police Department’s handling of the investigation. The accusations of inaction, misconduct, and negligence even have some calling the case a textbook example of “Missing White Woman Syndrome.”

The Tragic Death Of Lauren Smith-Fields

Lauren Quinique Smith-Fields was just 23 years old on December 11, 2021, when she invited Matthew LaFountain over to her Bridgeport apartment. She was a student at Norwalk Community College and had dreams of becoming a physical therapist, according to her obituary. A young woman with a bubbly personality, Smith-Fields loved her family, fashion, and travel.

LaFountain told police that he and Smith-Fields had met on Bumble several days prior to their date. That night at her apartment, the two took tequila shots, played games, and were watching a movie when she stepped outside to give her brother, Lakeem Jetter, a basket of his clothes.

According to Rolling Stone, LaFountain claimed that when Smith-Fields returned, she went into the bathroom for 10 to 15 minutes, then fell asleep on the couch while finishing the movie. He carried her to her bed, fell asleep beside her, and woke up around 3 a.m. to hear her snoring. 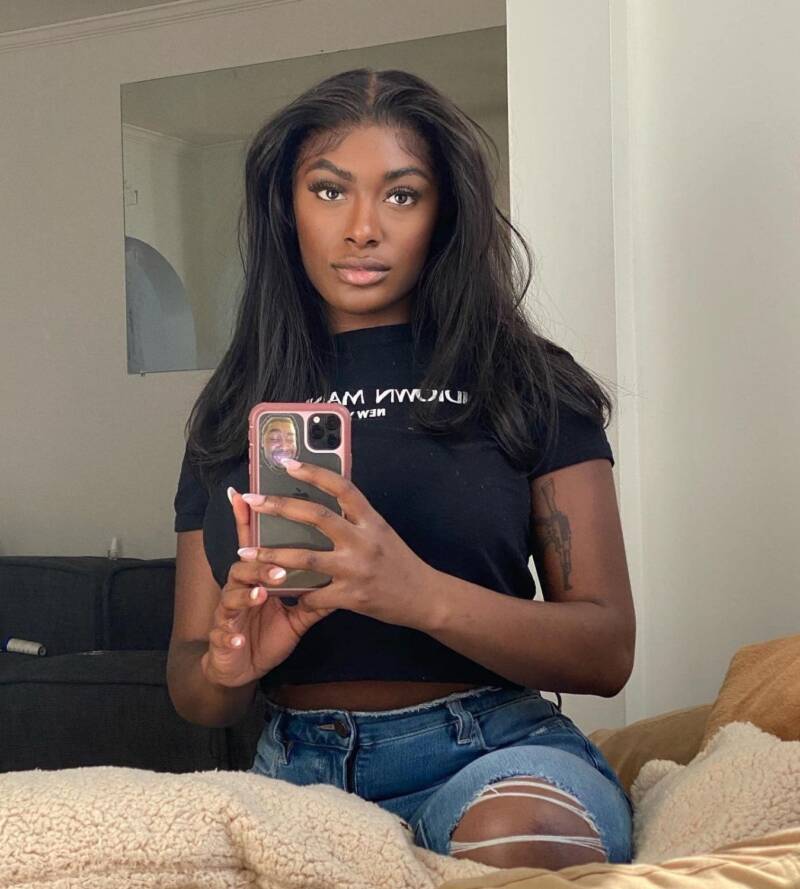 When LaFountain woke up again at 6:30 a.m., Smith-Fields “was lying on her right side, blood was coming out of her right nostril onto the bed, and she was not breathing.”

He called police, who questioned him but determined that he’d played no role in her death. They took Smith-Fields’ phone, keys, passport, and $1,345 in cash from her apartment and left without even trying to reach out to her family.

Lauren Smith-Fields’ mother wouldn’t learn about her death until more than 24 hours later — and it wasn’t the police who told her.

On December 13, 2021, Shantell Fields grew worried that she hadn’t heard from her daughter in a few days. Smith-Fields was supposed to be hosting Christmas dinner soon, and Fields hadn’t been able to reach her to discuss the plans.

Fields decided to drive to Lauren Smith-Fields’ apartment to see if she was home. When she arrived, she found a note on the door that read, “If you’re looking for Lauren, call this number.” Fields called — and Smith-Fields’ landlord informed her that her daughter had been found dead the previous morning.

Shantell Fields told The New York Times, “I started panicking. All I could do was just stand there, like if I was frozen. I could not believe what he was telling me, that my baby was gone.”

Fields and her son, who had ridden to the apartment with her, called the police detective on the case, Kevin Cronin, who said he’d be there in 30 minutes, didn’t show up, and hung up when they tried to call back.

Fields told Rolling Stone, “How they spoke to us was disgusting. Hanging up the phone and telling us to stop calling him. Officer Cronin needs to lose his job.” 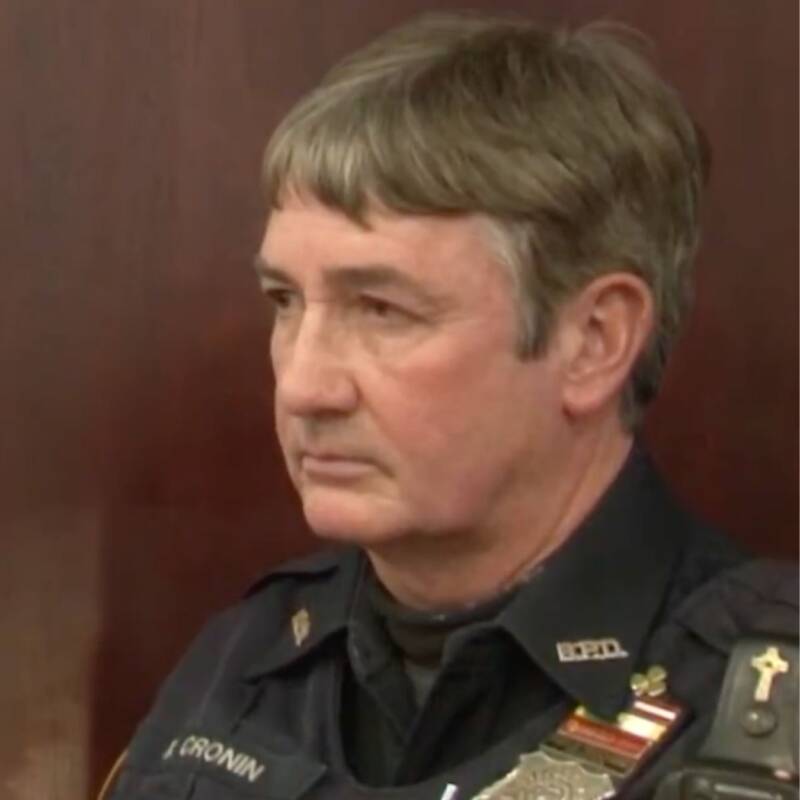 YouTubeDetective Kevin Cronin of the Bridgeport Police Department was investigated for the way he handled the case.

When the family was finally able to get in touch with the police again, they informed them that Smith-Fields had been on a date at the time of her death, but not to worry because he was “a really nice guy” and there was “no need to investigate.”

Shantell Fields decided that if police weren’t going to thoroughly investigate her daughter’s death, she would do it herself. She went into the apartment and saw that, while police had confiscated Smith-Fields’ cash and phone, they hadn’t collected any other evidence. She found a used condom, bloody sheets, and a mysterious pill.

Despite these discoveries, police reportedly still failed to submit the evidence to forensics. And it wasn’t until the end of January — over a month later — that they opened a criminal investigation into Smith-Fields’ death.

Six weeks after Lauren Smith-Fields died, the Chief Medical Examiner released her cause of death as “acute intoxication due to the combined effects of fentanyl, promethazine, hydroxyzine, and alcohol.” It was ruled accidental.

However, countless unanswered questions remained. Why had police failed to notify Smith-Fields’ family of her death? Why had the man who was with her when she died been immediately dismissed as a person of interest? And why had no real evidence been taken from the scene?

These questions led Smith-Fields’ family to hire attorney Darnell Crosland and sue the city of Bridgeport for failing to properly investigate the circumstances surrounding the young woman’s death. 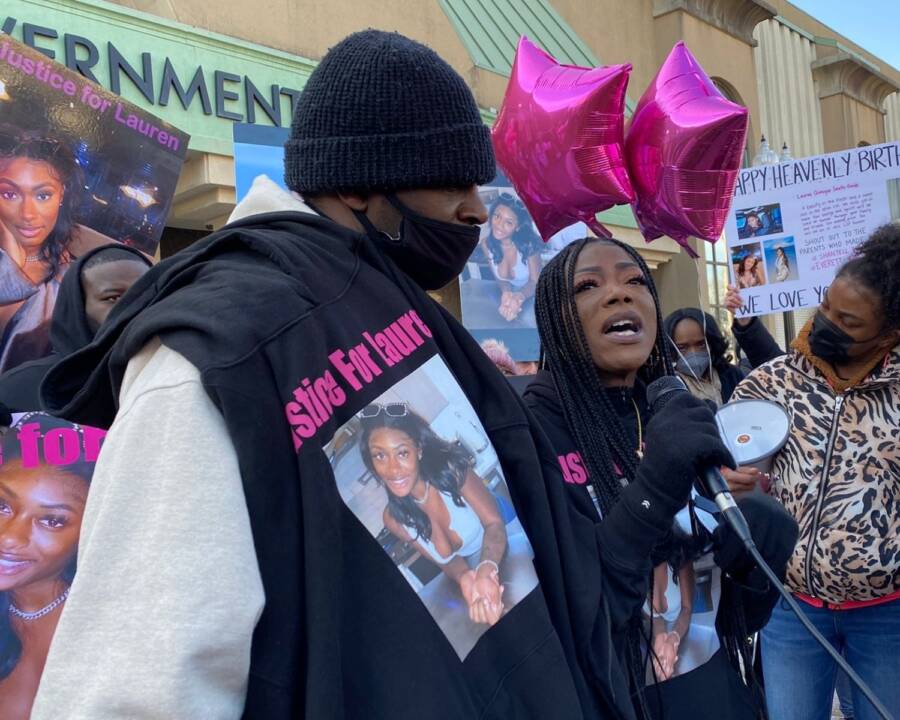 Twitter/Lauren LinderLauren Smith-Fields’ family wants the Bridgeport Police Department to answer for how they treated the case.

According to NPR, Crosland said, “I’ve never seen a medical examiner conclude a mixture of drugs as an accident without knowing who provided the drugs, or how it was ingested. Lauren didn’t use drugs.”

Shantell Fields confirmed Crosland’s statement, saying, “She was not on drugs. She worked out every day, she was on a plant-based diet.”

Even her brother Jetter, who saw Smith-Fields just hours before she died, noted that she seemed perfectly fine when they spoke. “She looked normal. She didn’t look sick, she didn’t look tired, she didn’t look drunk. I’m her second older brother, if I would have seen her drunk I would’ve said, ‘What are you doing?… Why do you look like that?’”

Crosland is convinced that the police have been “racially insensitive” throughout the investigation — and he is determined to get answers for Smith-Fields’ family.

Supporters of the lawsuit say the case is a clear example of “Missing White Woman Syndrome,” or the practice of police and media focusing on cases involving young, attractive, wealthy, white women while largely ignoring the same crimes when women of color are the victims.

Smith-Fields’ family was determined to make sure her case wasn’t forgotten. On January 23, 2022 — Smith-Fields’ 24th birthday — they marched outside of the Bridgeport mayor’s office, released balloons, and sang happy birthday to their daughter, sister, niece, cousin, and friend. 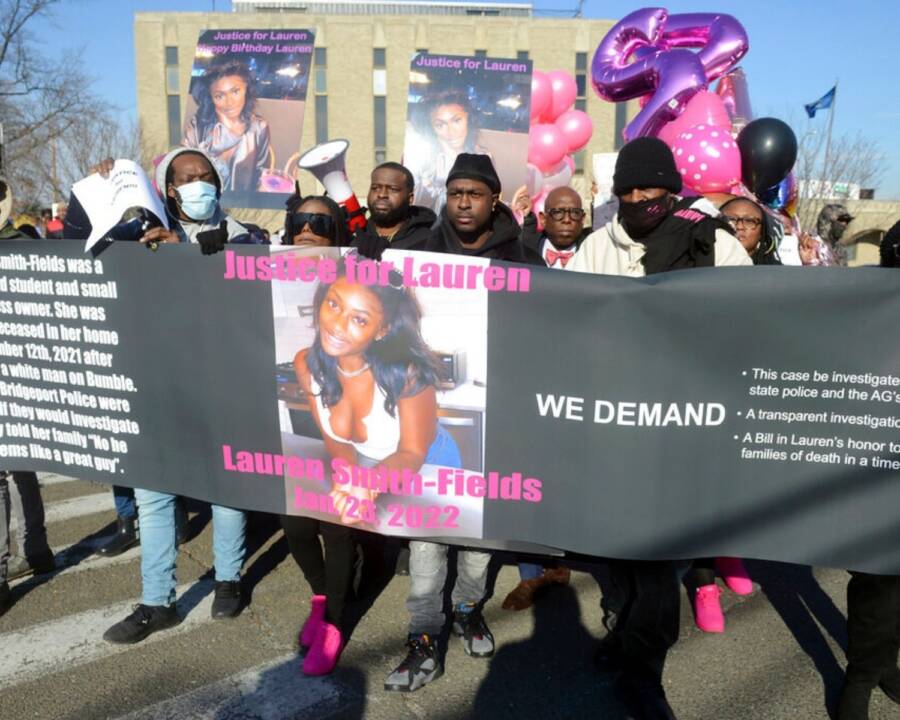 Twitter/Lauren LinderProtesters gather outside the office of Bridgeport Mayor Joe Ganim on Jan. 23, 2022.

Soon after, on January 30th, Detective Cronin was placed on paid administrative leave under an internal affairs investigation. Mayor Joe Ganim had requested this through the city’s deputy police chief.

In late May, Detective Cronin quietly returned to duty. According to the Connecticut Post, the police union confirmed, “The city decided not to arbitrate the case and reinstated him to full duty.”

Despite this, Smith-Fields’ family continues to fight for answers about her death and the investigation that followed.

Crosland said, “We will not stop until we get justice for Lauren and the thousands of Black girls that go missing in this country every year. We owe them equal rights and justice regardless of race and we [won’t] stop fighting until we get it.”

After learning about the death of Lauren Smith-Fields, go inside the grusome murder of Lauren Giddings. Then, discover how Lauren Dumolo disappeared without a trace.