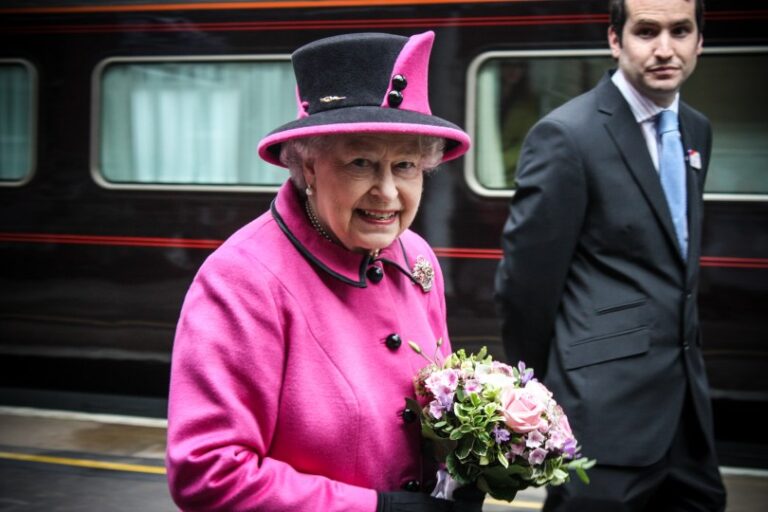 Drug Law Power and the Pointlessness of the Monarchy

On the 8th September, 2022, Queen Elizabeth II of the United Kingdom passed away from old age. She had reached the impressive age of 96 and had reigned for 70 years and 214 days. This single woman had ruled as queen through many key moments in British history, and many mostly dodgy prime ministers. It was a sad day for countless people, with around 2 million people lining the streets to show their respects to Queen Elizabeth II. Nonetheless, as a UK citizen, I couldn’t help but watch the proceedings and think: what did the Queen actually do? Other than supposedly bringing in millions of pounds through tourism.

The death of anyone – except perhaps a cruel dictator – is always a sad occurrence, but I have never really understood why the monarchy exists in the UK and what powers they actually have. Today, with respect to her majesty herself, I want to delve into the law powers the royal family possess – specifically looking at whether they have the ability to change drug laws. The question is: is there any point to the monarchy, or are they simply the last remaining piece of evidence that the UK clings on to prove that they were once a global empire?

To stay current on everything important happening in the industry, subscribe to The Cannadelics Weekly Newsletter. Also, it’ll get you premium access to deals on cannabis flowers, vapes, edibles, and much more! We’ve also got standout offers on cannabinoids, like HHC-O, Delta 8, Delta 9 THC, Delta-10 THC, THCO, THCV, THCP & HHC, which won’t kill your bank account. Head over to our “Best-of” lists to get these deals, and remember to enjoy responsibly!

Before we begin, I first want to take note of how remarkable a life Queen Elizabeth II had. Whilst I myself am part of the rather large minority that believes that the monarchy should be abolished, It does not mean that I do not respect a woman who, in a lot of ways, could have done a lot worse. On the 6th February 1952, after the death of her father, King George VI, Elizabeth II became Queen of Great Britain and Northern Ireland.

Overall, she was the second-longest reigning monarch in history, as well as being the longest-lived sovereign ever – which is a huge triumph in itself. Before taking the crown at the young age of 25, she actually insisted on doing her bit for the war effort. At only 18, she joined the Auxiliary Territorial Service – learning to drive and gaining abilities in vehicle maintenance. However, whilst it was a humble decision, the experience she had was far from one of a common person. Extra History writes:

“Elizabeth’s attendance was somewhat circumscribed – she was driven home to Windsor Castle every night and was taken to the officers’ mess for meals – but it was at least an opportunity to test herself against less privileged contemporaries for the first time in her life.”

However, there were many positives during her reign. In 1965 she visited Germany for 10 days to symbolise the alliance of the two nations 20 years on from the second world war. In relation to international and domestic appearances, her majesty was one of the best. She understood her role, as well as her reputation, and many times she went out of her way to visit places that had not been visited by a royal before. She was a personable queen, even appearing in Hollywood films, such as James Bond and Paddington.

However, the reputation of the royal family has been slowly decreasing for years and this cannot be ignored. What once made Britain what it was, now seems like a pointless leftover of a nation that cannot come to terms with the new world. The Guardian writes:

But to understand why some people believe that the monarchy should no longer exist, we first need to understand the power they actually

What Power Does the Monarchy Have?

Once upon a time, the UK was an empire that ruled over many nations in many continents and the monarchy was a large reason for this. However, now we live in the 21st century with democracy, nation independence, and common sense. The belief, amongst many in the UK, is that the royal family now exists – neutrally – in the background. They act like a nice china set of plates that you might bring out only on special occasions – like when your boss or mother comes for dinner.

Most of the time they are pointless but, sometimes, you like to show them off. This is somehow enough of a reason for them to still remain there. It is believed that the monarchy brings in around 50 million annually to the UK economy through tourism. However, it is also believed that the royal family costs the British people around 102 million pounds each year. In fact, the House of Windsor is estimated to be worth 19 billion pounds, according to Forbes.

As you can see, the numbers do not seem to add up. That is why it is quite impressive that the monarchy in the UK has been able to exist for so long, despite others in Europe falling. So if they still exist, what do they actually do? Well, constitutionally speaking, the royal family has complete power. They can appoint leaders, represent the nation abroad, amend or reject new laws and basically do anything. However, they do not use these powers – mostly because if they did, the belief would be that there would be a revolution and they would no longer exist. They are aware they can only remain in power if they sit in the background – as we’ve discussed. The Royal Family website describes their role:

“The British Monarchy is known as a constitutional monarchy. This means that, while The Sovereign is Head of State, the ability to make and pass legislation resides with an elected Parliament…The Sovereign acts as a focus for national identity, unity and pride; gives a sense of stability and continuity; officially recognizes success and excellence; and supports the ideal of voluntary service.”

Therefore, in essence, the king or queen of the UK will visit other nations to highlight friendship, will meet newly elected prime ministers, will do televised speeches at times of hardship and will basically drink tea and look cute. But not much more than that. This is why it is difficult to abolish them. How can you abolish an institution that basically does nothing anyway? The time for revolution or overthrow comes when a specific leadership is overusing their power, not when they pointlessly waving to the public from a Union Jack decorated vehicle.

Could the Queen Legalize Drugs?

The government of the UK is responsible for proposing and controlling law. If cannabis or any other substance was to suddenly become legal in the UK, it would be due to the government, not the monarchy. However, whilst it is believed that the Queen had no power whatsoever, she did technically have to approve any new law that was passed. This did lead to some controversial moments. The Boar writes:

“The Guardian‘s investigation revealed that the Queen’s Consent was used to successfully lobby the government to change a draft law in order to conceal her “embarrassing” private wealth from the public.”

As we’ve discussed, the royal family only works if they are neutral and harmless. But if more people begin to realize how much money they earn and how much they take from the UK economy, then suddenly the facade is shattered. This was why the Queen made an effort to avoid this happening. But did she have the power to also sway drug laws? The royal family have been known to consume harder drugs. For instance, Prince Harry used cannabis underage and even Queen Victoria potentially used the substance to help with her menstrual cramps.

Plus, the Queen was technically still the monarch of Canada – who had legalized the plant – making her the Queen of Cannabis. In addition, when medical cannabis was legalized in 2018 and esketamine licensed in 2020, the Queen did not stand in the way. However, this is still the UK government doing its bit, and very slowly in relation to the rest of the world. In relation to the monarchy, the truth is that if anyone in the world is going to push for drug legalization, it isn’t going to be the royal family of the UK. Simply put, their lives have been too sheltered, upper class, and ignorant to truly understand the importance or fun of any recreational substances. In a sense, this isn’t through any fault of their own, they were simply born into it.

As a UK citizen, I am of course sad at the death of Queen Elizabeth II. She seemed like a lovely woman and I did take some comfort from knowing that she was around, doing Queen-like things. However, in my opinion, which is shared by a big chunk of the UK, the monarchy needs to be abolished. Whilst it may seem like they do no harm, they stand as a symbol of what the UK once was: a ruthless empire that believed that simply being born into the ‘right’ family can make you more important than another.

In regards to drug laws, the royal family cannot do anything, as they know that any sort of unwanted meddling in UK society could lead to their eventual abolishment. However, if the new king – Charles III – fancies lobbying for complete cannabis legalization in the UK, perhaps I’ll support the royal family existing for a few more years.

Hello readers! We appreciate you joining us at Cannadelics.com, a top choice news platform for independent coverage of the growing cannabis and psychedelics landscapes of today. Come by the site whenever possible for updates on current and world-changing events, and head over to the Cannadelics Weekly Newsletter, so you’re always up on what’s going down.