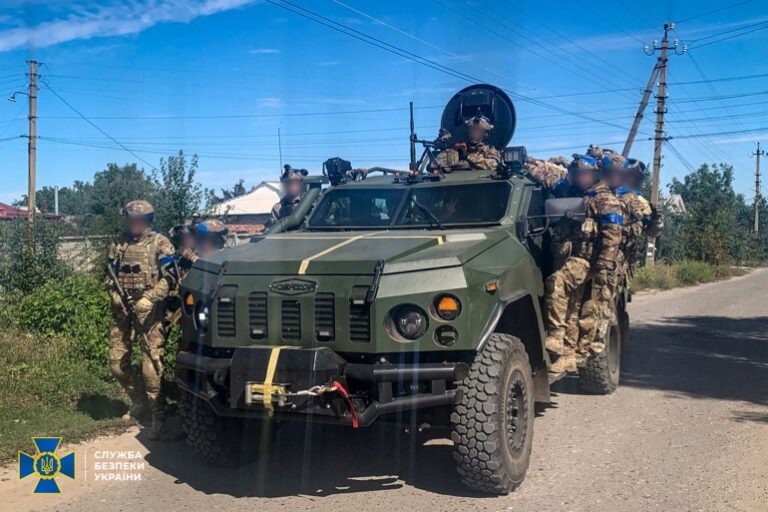 Kyiv, Ukraine – Ukrainian forces have retaken more than 2,500 square kilometres (965 square miles) of territory in the northeast of the country in just three days, according to the Institute for the Study of War, a think-tank.

Dozens of settlements have been recaptured from Russian troops, who have begun a headlong retreat to the relative safety of Luhansk province.

Kupyansk, a railway junction and important logistics hub for the Russians, has been retaken by Ukrainian forces despite heavy Russian reinforcements in the area.

Russian artillery and armour had been rushed in to Kupyansk and the city of Izyum, while Russian airborne units had been flown in to bolster the beleaguered Russian defence.

Ukraine’s seizure of Kupyansk means that Russian units to the north will have more difficulty resupplying, as the Russian military is largely reliant on railways for keeping its forces fed, fuelled and armed.

Russian media have reported that Russian forces abandoned Izyum and are retreating after the capture of Kupyansk made the defence of the city untenable.

The importance of the south

Ukrainian military planners have been adept at keeping Russia guessing where the main thrust of the offensive would focus – either the southern Kherson front or in the Northeast around Kharkiv.

An attack in the south appeared to be a likely choice as Kherson is strategically important to both sides. Control of the city for Russia means it controls the harbour there, protects the freshwater canal feeding Russian-occupied Crimea and could potentially serve as a jumping-off point for any future drive towards Odesa.

For Ukraine, it is equally important to retake Kherson, a gateway to the south. It was one of the first cities to be seized by Russia in the early days of its full-scale invasion in February and its recapture would be a big morale boost for Ukrainians. It would also allow Ukrainian forces to cross the Dnieper River and potentially drive east, cutting off the canal supplying Crimea.

The canal was a strategic Russian war aim as it provided 85 percent of Crimea’s fresh water and has been blocked by Ukraine since Russia illegally annexed the peninsula in 2014.

A successful Ukrainian drive east would also make Russia’s occupation of the Zaporizhzhia Nuclear Power Plant increasingly untenable as Russian forces in and around the nearby city of Enerhodar would be likely cut off and stranded in the river bend.

Ukraine has deftly pinned down some 20,000 Russian soldiers against the Dnieper River, pinching them off from Russian units within the city of Kherson itself.

The Russian forces there were brought from the east to reinforce Russia’s defences of the Kherson pocket, but they have been isolated, largely cut off from resupply, and effectively contained.

It appears that Russia has been caught out, believing that the south was going to be Ukraine’s main focus of operations.

Despite the strategic value of the south, it seems as if the Ukrainian attacks there were a feint by military planners, with the main thrust of Ukraine’s offensive coming in the northeast, where its lightning strike has seen Russian resistance collapse.

According to Russian media, the city of Izyum has been abandoned, and a general Russian retreat is under way, not only from the city but also from the region.

To capitalise on its gains, Ukrainian forces are pressuring Lyman, another strategically valuable railway junction town, in an effort to keep up the momentum of the offensive and capitalise on the sense of panic felt within Russian ranks. There is open talk of defeat in the region on Russian telegram channels.

It remains to be seen how much steam remains in Ukraine’s northeastern advance. Russian forces will likely pull back to a defensive line, where they hope to check Ukraine’s offensive and put a halt to Russia’s retreat.

It is likely that Ukraine’s strategic focus will return to the south at some stage as there is too much at stake in this vital sector.

For now, it is clear that Russia has suffered a significant military defeat in the northeast and is pulling back its forces, with its defences crumbling in the face of a Ukrainian military onslaught.