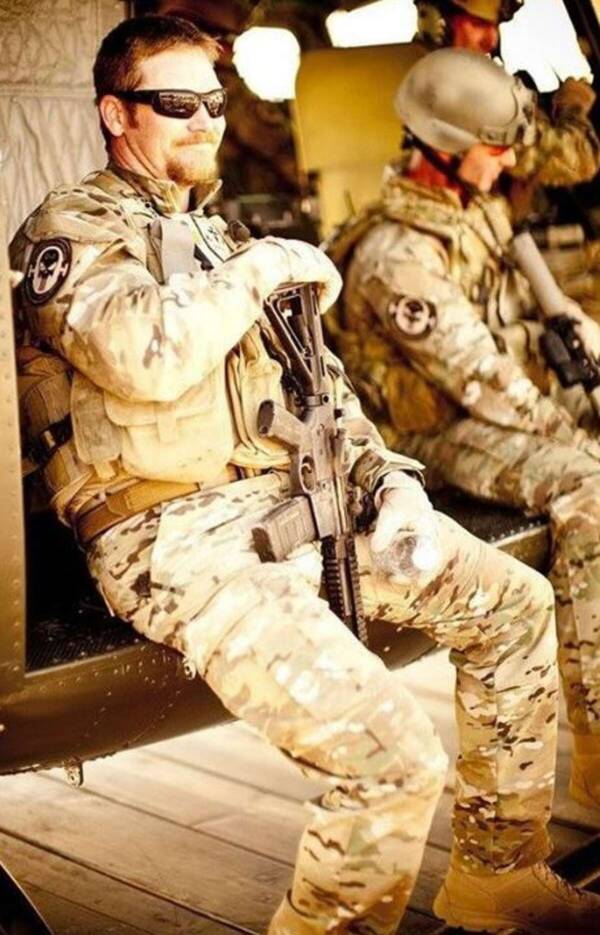 The Death Of Chris Kyle, The Navy SEAL Behind ‘American Sniper’

On February 2, 2013, Christopher Kyle was shot with his own pistol by Eddie Ray Routh at a gun range in rural Texas.

It was supposed to be a simple trip to the gun range. Instead, a February afternoon in 2013 turned into murder when former United States Navy SEAL sniper Chris Kyle died alongside his friend, Chad Littlefield, after a veteran with post-traumatic stress disorder (PTSD) who they were trying to mentor suddenly opened fire.

Until that shocking moment, Kyle’s story had been one of legend — if not controversy. A veteran considered to be the deadliest sniper in American history, a feat he described in his 2012 book American Sniper, Kyle faced criticism when it was discovered that he had exaggerated and lied about some of the claims in his memoir.

But on the other hand, Kyle had spent the final years leading up to his death helping other veterans readjust to civilian life. He had hoped to do the same to his killer, 25-year-old year old Eddie Ray Routh, a former Marine who’d struggled with his mental health after leaving the service. When Routh’s mother approached Kyle and begged him to help her son, Kyle agreed. After all, he’d helped other vets before.

But as Kyle and Littlefield drove him to the shooting range at Rough Creek Lodge, in Erath County, Texas, that fateful day, they realized how unstable he was. As they neared their doom, Kyle texted Littlefield: “This dude is straight up nuts.”

His intuition, though, wouldn’t be enough to save him.

YouTubeChris Kyle died at the age of 38 after he was shot by a fellow military veteran in Texas.

Born on April 8, 1974, in Odessa, Texas, Christopher Scott Kyle dreamt of joining the military from a young age. As he told the Dallas Morning News in 2012, he wanted to “be a cowboy…[or] be in the military.”

So Kyle tried life as a cowboy first. According to a blog post from the U.S. Department of Veterans Affairs, Kyle ultimately decided to enlist after he suffered a bull riding injury at a rodeo. When he was 25, Kyle became a sniper with the U.S. Navy SEALs.

From there, Kyle quickly proved his mettle as a marksman. Deployed to Iraq in 2003, Kyle reportedly made 160 kills, shattering the record held by Vietnam War sniper Adelbert Waldron, who killed 109.

“Everyone says a sniper has to be patient,” Kyle told the Dallas Morning News. “It’s not patience, because I’m not an incredibly patient man. It’s forcing yourself to do what you need to do, even when you don’t want to do it.”

By the time Kyle returned home after four combat deployments in Iraq, with two Silver Stars and three Bronze Stars to his name, however, his time as a sniper had taken its toll. According to the Hollywood Reporter, Kyle struggled with physical and emotional issues, including PTSD, and he self-medicated with alcohol.

But Chris Kyle soon found a new calling: helping his fellow veterans adjust to civilian life. In 2011, he started the FITCO Cares Foundation, and the next year he published his book, American Sniper: The Autobiography of the Most Lethal American Sniper.

“I wanted to be able to let people know about the sacrifices that not only people in the service make, but what their families go through,” Kyle explained to the Dallas Morning News. “I knew this would give me a voice so I could speak about the guys I know who were killed. I wanted to get their story out and I wanted to raise awareness for veterans.”

Despite false claims he made in the autobiography about his medals of honor and a fictional altercation between himself and former Minnesota Governor Jesse Ventura, Kyle’s book made him famous.

And it also inspired a Texas woman named Jodi Routh to reach out to Kyle to see if he could help her son, Eddie Ray Routh. Tragically, their encounter would result in Chris Kyle’s death.

How The Real ‘American Sniper’ Died 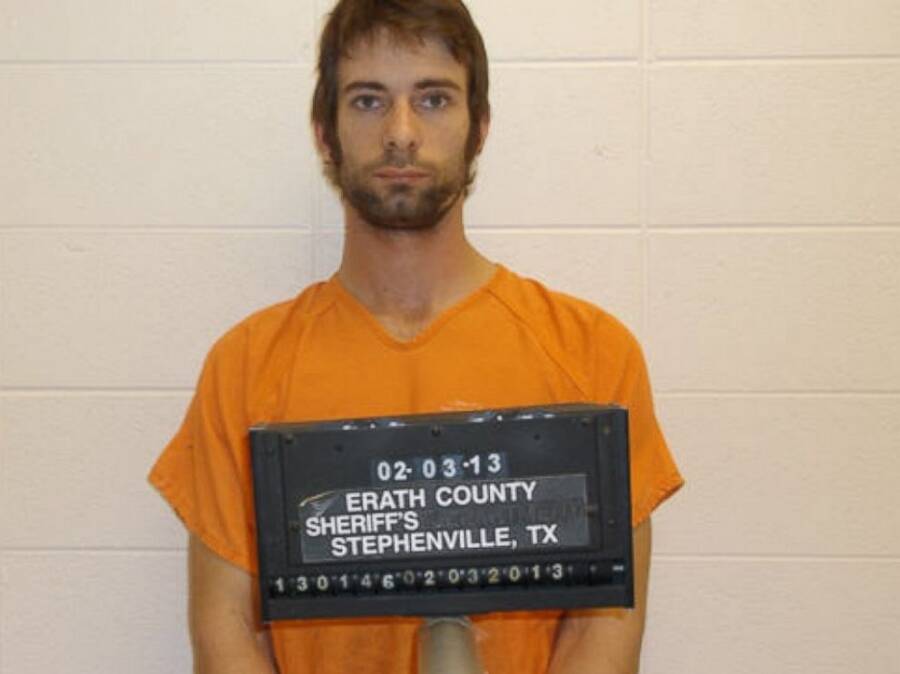 On Jan. 25, 2013, Jodi Routh approached Chris Kyle at the elementary school his kids attended and where she worked. As Kyle listened, Jodi told him about how her 25-year-old son, Eddie, had struggled to adjust to civilian life after serving in the military.

Like Kyle, Eddie Ray Routh had served time in Iraq. He enlisted in the U.S. Marines at the age of 18 in 2006 and was deployed as an armorer in 2007. According to The New Yorker, Routh drank too much, struggled to keep jobs, had panic attacks, and threatened to kill himself. He also seemed to have strange delusions, like that he was Dracula or that a tapeworm was eating his insides.

Doctors diagnosed him with PTSD in 2011, but despite being prescribed medication, Routh continued to struggle with his mental health.

After talking to Jodi, Chris Kyle promised to meet with Eddie. “I’m going to do everything I can to help your son,” he told her, according to The New Yorker. A week later, Kyle followed through. With his friend Chad Littlefield riding shotgun, Kyle picked up Routh and drove him to a shooting range at Rough Creek Lodge in rural Texas.

Kyle’s goal, his wife Taya later explained to The New Yorker, was to “give someone who was hurting a chance to talk on the drive, spend a short bit of time shooting, and then give him a little more time to talk on the way home, to find some outlets and resources.”

But the drive with Eddie Ray Routh was seemingly a tense one. According to the Hollywood Reporter, Routh later told a police officer that Kyle and Littlefield “wouldn’t talk to me.” He also felt that he was in danger, explaining during an interview after his arrest that he felt that, “If I didn’t take out [Kyle’s] soul, he was going to take mine next.”

Meanwhile, Kyle and Littlefield were also unsettled by their passenger in the backseat. Kyle, while driving to the shooting range, texted Littlefield, “This dude is straight up nuts.” Littlefield responded: “He’s right behind me, watch my six,” meaning, watch my back.

Yet, at first, the day seemed to continue as normal. The men arrived at the shooting range at around 3 p.m. and raised a red Bravo flag to indicate that the range was being used. Then, Routh attacked.

According to the Hollywood Reporter, he turned on Kyle and Littlefield so suddenly that they had no chance to defend themselves. Armed with a 9mm Sig Sauer P226 MK25 pistol and a Springfield .45 pistol, Routh shot Littlefield seven times and Kyle six times. The Washington Post reports that Chris Kyle died from a “rapidly fatal” shot through his aorta as well as one to his jaw that caused a spinal cord injury.

After he’d killed Kyle and Littlefield, Routh got into Kyle’s truck and fled. At his sister’s house, Routh announced that he’d “sold my soul for a truck.” He added, “We went up to the gun range. I killed them.” When Routh fled again, his sister called the police, telling them, “He’s all crazy, he’s f–king psychotic.”

Police finally caught up to Eddie Ray Routh that night, hours after Chad Littlefield and Chris Kyle died at his hand.

“They were just taking me to the range, so I shot them,” Routh told police in his rambling post-arrest interview. “I feel bad about it, but they wouldn’t talk to me. I’m sure they’ve forgiven me.”

Eddie Ray Routh’s Trial For The Murder Of Chris Kyle 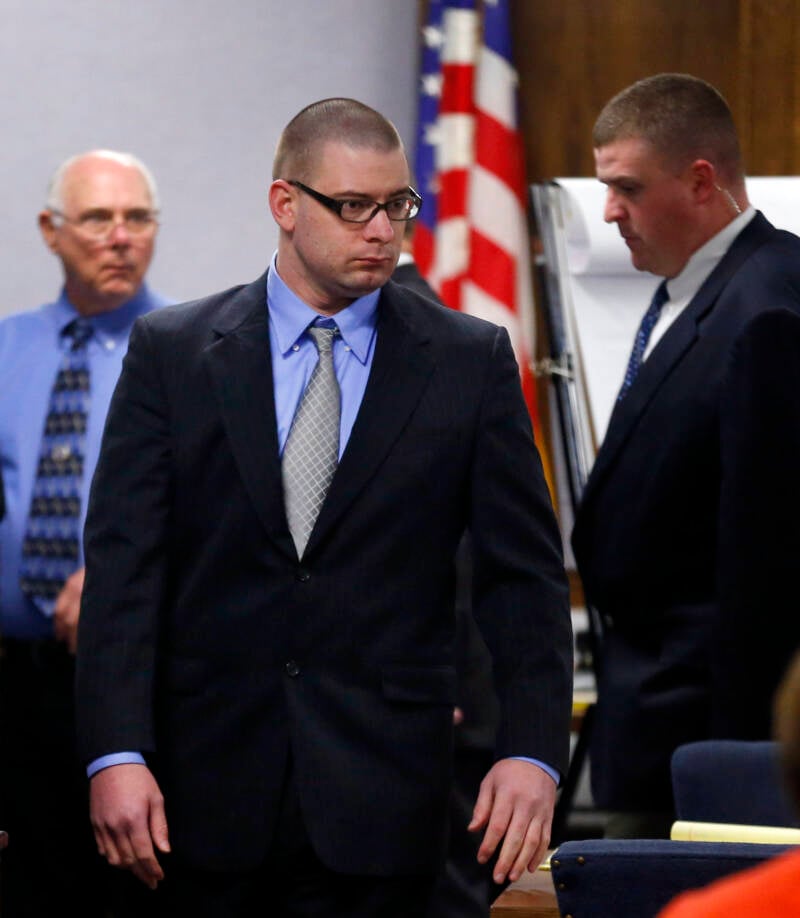 Two years after Chad Littlefield and Chris Kyle’s death, Eddie Ray Routh was found guilty of first degree murder. Despite arguments from the defense that he suffered from psychosis, schizophrenia, and other mental illnesses, a judge convicted Routh to life in prison.

“We’re so thrilled that we have the verdict that we have tonight,” Kyle’s mother, Judy, told reporters. His wife, Taya, similarly celebrated Routh’s convicteion, writing on Facebook, “God Bless the Jury And good people of Stephenville, Texas!!”

By then, Chris Kyle’s legacy had grown significantly. After his death, Clint Eastwood directed a 2014 film, American Sniper, based on Kyle’s book. Starring Bradley Cooper, it garnered good reviews, though it excluded the story of Chris Kyle’s death. 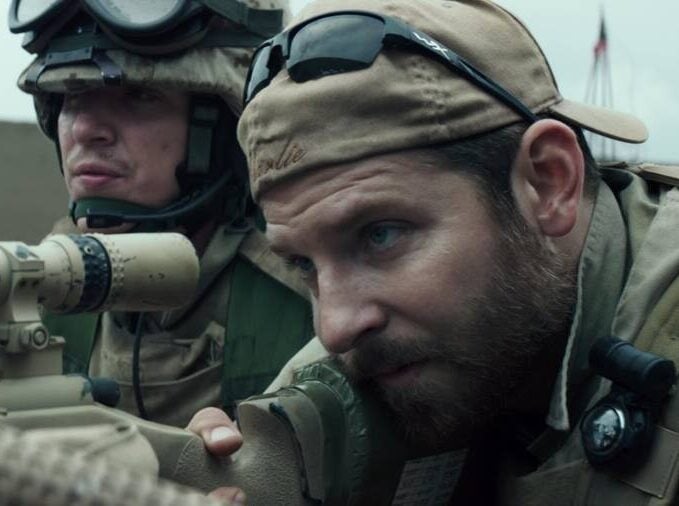 YouTubeBradley Cooper as Chris Kyle in American Sniper, which came out in 2014, more than a year after Chris Kyle’s death.

“In the end, I think we felt that this was a film about Chris’s life and not about his death,” the film’s screenwriter Jason Hall told New York Daily News. “We also wanted to be careful not to glorify the guy who did it.”

Hall added that Kyle’s widow, Taya, had also asked him not to include her husband’s murder for the sake of their children. “I didn’t want it to be the thing that was hanging over their heads for the very rest of their lives as the film that showed their father getting shot,” Hall explained.

Indeed, Chris Kyle’s death is just one small part of his larger story. In life, Kyle became the deadliest sniper in American history and spent his final years helping veterans like himself to adjust to civilian life.

But the way Kyle died is important, too. It speaks volumes about what can happen when help comes to veterans a little too late.

After reading about Chris Kyle’s death, discover the story of Simo Häyhä, the deadliest sniper in history. Or, learn about other legendary snipers like Carlos Hathcock and Chuck Mawhinney.