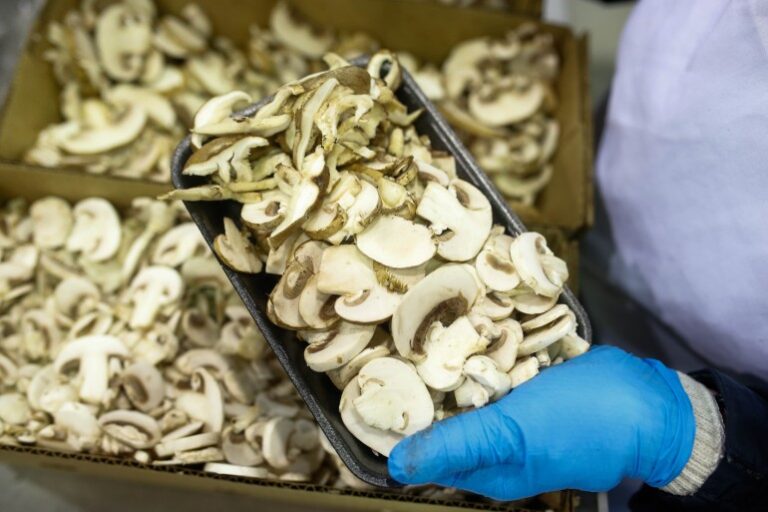 Montreal, Canada – Jamaica’s labour minister has rejected complaints from Jamaican farm workers who say they face conditions akin to “systematic slavery” in Canada, saying he observed “no evidence of mistreatment” during a recent visit to farms in the province of Ontario.

In a statement sent to Al Jazeera on Friday, Karl Samuda said he toured nine farms between August 14 and 16, including the two farms employing the temporary migrant workers from Jamaica who raised the alarm over their work conditions.

“We are treated like mules and punished for not working fast enough,” the Jamaican workers, affiliated with rights group Migrant Workers Alliance for Change and employed under Canada’s Seasonal Agricultural Worker Program (SAWP), said in an August 11 letter sent to Samuda.

“As it currently stands, [SAWP] is systematic slavery,” they wrote.

But, the minister said that while working conditions varied at the different farms visited, he and his team “observed very good relations” between workers and their employers, as well as with the Jamaican government liaison officers “based in Canada to safeguard the interests” of the workers.

“We observed no evidence of mistreatment,” Samuda said, stressing that SAWP is “absolutely essential to thousands of Jamaican families, many rural communities, and the entire [country of] Jamaica”.

‘Slap in the face’

In a new statement on Friday, the Jamaican farmworkers slammed Samuda’s comments as “a slap in the face of every farmworker and our families”.

“We feel betrayed, like the world doesn’t make sense. Since our letter came out and got media attention, our bosses have been telling us to keep quiet or else they will shut down the farm and we will all lose our jobs,” said the workers, who have not been named for fear of retribution.

“The Minister made it clear that we cannot look to the authorities for help – that we as migrant workers must protect ourselves.”

The workers are in Canada under a temporary migrant labour programme that began in 1966 as an agreement between Canada and Jamaica. Since expanded to include 10 other Caribbean countries and Mexico, SAWP allows Canadian employers to hire temporary migrant workers to fill gaps in the agricultural labour market.

Foreign workers brought to Canada through SAWP can have jobs for up to eight months every year, and many people have been coming to the country for decades under the scheme.

“I cannot see persons enthusiastically participating in a programme for 35 years under the conditions which are now being asserted,” Samuda said in his statement.

“What I can confirm, is that many participants have seized the opportunities provided by the programme, and have used it to significantly improve the lives of their families and communities. I believe it is absolutely important that we protect the rights of farm workers and ensure that they are treated with dignity, and we must also safeguard the programme.”

But, for years, migrant workers in Canada have documented systemic abuses, including poor-quality housing, a lack of health standards, and retribution from employers when they speak out about their working conditions.

Much of the problem lies with the fact that temporary migrant workers are effectively tied to their Canadian employers, explained Syed Hussan, executive director of the Migrant Workers Alliance for Change (MWAC) rights group.

“It is incredibly difficult, if not impossible to assert any rights at work as a result of this,” Hussan told Al Jazeera earlier this week.

“So people … have to accept conditions of abuse and violence leading to even death because of the immense power imbalance between them and their employers.”

Temporary foreign workers and their supporters have been calling on Canada to grant them permanent residency as a way to defend their rights.

“We will continue to unite and fight for permanent status for all. Permanent status is the only way that we can combat these abusive bosses so they have less power to threaten us and our families,” the Jamaican farmworkers said on Friday.

A national day of action is planned for September 18, one day before Canada’s parliament resumes, to demand the government grant legal status to all foreign workers, refugees, students and undocumented people in the country.

Asked if Ottawa planned to give temporary migrant farmworkers a path to permanent residency, a spokesperson for Immigration, Refugees and Citizenship Canada (IRCC) told Al Jazeera this week that the government is exploring ways to help foreign nationals transition from temporary to permanent status.

Between 50,000 and 60,000 foreign agricultural labourers come to Canada each year on temporary work permits. They work in various roles, from the planting and harvesting of fruits and vegetables, to meat processing.

Canada exported more than $63.3bn ($82.5bn Canadian) in agriculture and food products in 2021 – making it the fifth-largest exporter of agri-food in the world.