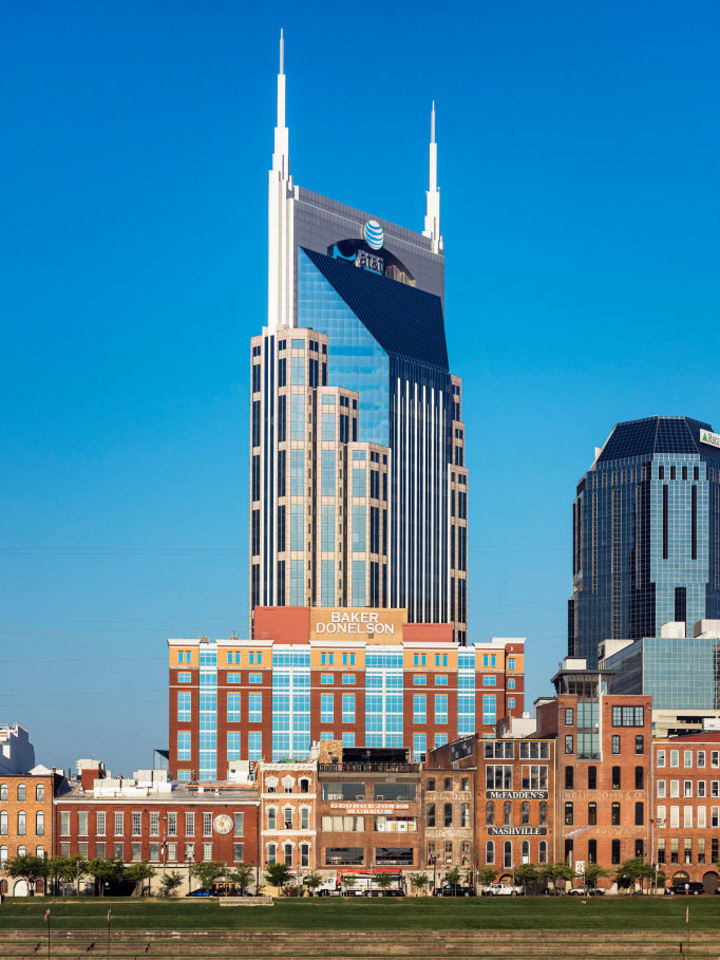 With such a rich culture and storied past, Nashville is bound to have its own slang. It’s a famously friendly town, but like anywhere, you’ll have the best experience if you at least try to learn the local language. Here are 15 terms to give you a leg up.

In a city known for its Southern food, hot chicken might be the most definitively Nashville dish of them all. The recipe dates back to the 1930s, when a man named Thornton Prince made his girlfriend angry enough to serve him fried chicken slathered in what she probably hoped was a punishing amount of cayenne pepper and chili powder. Prince loved it, and soon Prince’s Hot Chicken was born.  In her fascinating cultural history of the dish, Rachel Louise Martin points out that, for decades, hot chicken was almost exclusively enjoyed by Nashville’s Black community—it wasn’t until the dish was featured at a 2007 food festival that the rest of the city caught on.

The term unicorn is often used to describe something unusual or even unique, and that holds true in Nashville, where it’s slang for one of the rarest of all local fauna: a Nashvillian who was actually born in Nashville.

The Batman Building is a local nickname for the AT&T Tower in downtown Nashville. It’s the tallest building in Tennessee and easily the most distinctive feature of Nashville’s skyline. Its architect swears he didn’t mean to build a 617-foot, 33-story model of Batman’s cowl—it just sort of worked out that way.

Tennessee probably isn’t the first state that comes to mind when you think of hockey, but the Nashville Predators—or the Preds, if you’re a local—have one of the most enthusiastic fanbases in the NHL. And while Nashvillians usually live up to the South’s reputation for hospitality and friendliness, all bets are off when the Preds are on the ice. Fans show their devotion with famously aggressive chants, including “He shoots! He scores! You suck!” and “We’re going to beat the hell out of you!” (The second one is sung to the tune of Nashville-based rockers the Black Keys’s “Gold on the Ceiling.”)

Loretta Lynn offered her rivals a guided tour of “Fist City”; the Preds take their opponents to Smashville. This can refer to the Bridgestone Arena in downtown Nashville, where the team plays its home games. But really, it’s anywhere the Predators can find a chunk of ice to skate on and a puck (or an opposing team) to swing a stick at.

This one can either be a noun or a verb. A honky-tonk is a live music venue that keeps the drinks coming, and Nashville has so many of them that a stretch of the main drag, Lower Broadway, is known as “Honky-tonk Highway.”

Honky-tonkin’, meanwhile, is the act of visiting several honky-tonks in succession. Country is usually the genre of choice in a honky-tonk, but you’ll also hear rock, blues, and even some jazz. There’s usually no cover charge, but it’s customary to tip the musicians, so you’ll want to have cash on hand.

Hang out in a Nashville honky-tonk long enough—about five minutes should do it—and you’re going to hear someone shout some version of “Time for a holler and a swaller!” It’s your cue to yell whatever you want to yell and throw back a shot. Think of it as a Nashville toast.

A meat-and-three is a restaurant where the specialty is a generous serving of protein and three sides. They’re popular all over the South and no one seems to know who invented the concept, but Nashville is widely regarded as the meat-and-three mecca. They’ve been a city staple at least since 1946, when Hap Townes and his son turned their mobile pie wagon into a plate-lunch diner. If you’re visiting from somewhere outside the South, please don’t point out to your server the humorous irony of mac and cheese being on the “vegetables” list. Trust us, he’s heard that joke before.

In a city where it can seem like everyone “does music,” you’re bound to encounter some industry-specific slang. The 2017 book Understanding Society through Popular Music defines a gherm as “an individual who is inappropriately intrusive about building business networks” in the music biz. If you’ve shamelessly namedropped while in the presence of music professionals, showered embarrassing praise on a musician you’ve just met, or asked Tim McGraw to listen to your song while the poor man is just trying to eat dinner in his favorite meat-and-three, you might be a gherm.

These are two similar words with very different applications. Fix is a Southern colloquialism that means to prepare something—usually food or a drink—while fixin’ to means you’re preparing to do something. In Nashville, “I’m fixin’ to fix dinner” is a perfectly normal sentence.

You can go a couple of different ways with this one. If you’re using the second-person construction, you’re probably expressing sympathy when someone’s had a rough time. If you’re whipping out the third-person variation, though, you’ve either just insulted someone—or you’re fixin’ to.

The formal way to address a group of people in Nashville is y’all, which is of course a contracted form of you all. See how much fancier it sounds than its scruffier, down-home cousin, you’uns? Y’all also has the added benefit of a more elegant possessive form: Y’all’s rolls off the tongue so much more easily than You’uns’s.

For better or worse, Nashville has become one of the country’s favorite destinations for bachelorette parties, even beating out Las Vegas, by some estimates. The city’s bach industry, as some refer to it, has become a sprawling network of enterprises encompassing everything from blowout-bar hair salons to bicycle-powered mobile taverns. It’s a boon to business owners, and locals are mostly good-natured about it, even when bach parties flood their favorite brunch spot or form a raucous, 90-minute line for a photo shoot at one of the city’s popular murals.

The spiced round is Nashville’s contribution to the pantheon of weird Christmas meats. (Outside of Nashville, it’s sometimes called a “Nashville round.”) It’s not as baroque as turducken, but there’s something uniquely indulgent about injecting 40,000 pounds of beef with cinnamon-and-sugar-spiced pork fat, which is exactly what one Nashville company did in 1948, at the height of the spiced round’s popularity. As independent meatpackers and neighborhood butchers lost ground to large plants and chain stores—and as people started to rethink eating red meat spiked with sugared lard—the spiced round nearly vanished from Nashville dining tables, but a few specialty butchers are trying to bring it back. If you’re not close to Nashville and you’ve got 20 pounds of beef round, two pounds of beef suet, and 17 days to spare, you can try making your own.